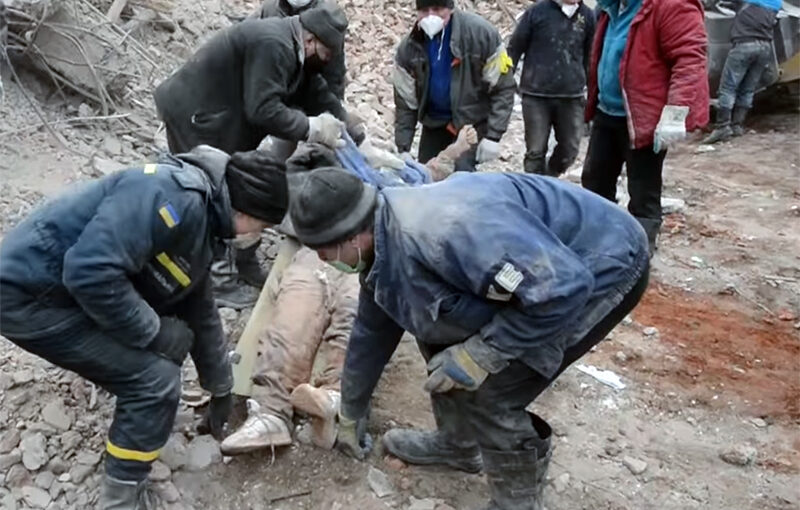 From Fr. Tomasz Krzemiński MS, Director of Foreign Missions and Pastor of the parish in Łanowice

On Wednesday, February 23, 2022, in Łanowice, we went to sleep as usual, with the thought that we are more than 1,300 km away from Donbas and the war. But the next morning changed everything. Although for the eighth year now a war has been fought in Ukraine, in which people are regularly killed, only the dramatic events of the last few days have stripped us of all illusions. Open war, bombing of cities, thousands of dead and injured on both sides of the conflict, tanks on the streets, general panic, empty store shelves, no fuel at gas stations, no water, electricity and heating and problems with the cellular network – this is the dark reality of our country today.
It is not surprising that so many Ukrainians seek refuge in the western part of their homeland, or in Poland or other neighboring countries. Many inhabitants of cities located in the eastern part of Ukraine leave their homes in a panic, often leaving all their belongings. There are Dantesque scenes in the country, but also the drama of thousands of mothers who spend up to four days at border crossings with their children in their arms when the temperature is freezing. General stress, panic, a sea of tears, unimaginable destruction and death – this is today’s dark reality of our country.
We La Salettes work in six locations in Ukraine, both in the east and in the west: in Zaporizhzhia, Nikopol, Krzywy Rog, Brajłow, Busko, and Łanowice. Virtually none of these places is peaceful. In Krzywy Rog, Nikopol and Zaporizhzhia, constant bomb alarms force our co-workers to take refuge in cellars. The fight for the nuclear power plant, which is located near our parish in Nikopol, is still going on. In Brajłow and Busko, towns located in the central and western part of the country, they listen to distant eruptions. Near these places there are military bases that are under attack. Even Łanowice, an inconspicuous little village situated among farmlands only 60 km from the Polish border, has experienced its moments of terror. On the first day of the war, a nearby military base was attacked in the morning. A series of outbursts put all the local inhabitants on their feet. According to official reports, five rockets were fired at the base. For a long time, from the windows of our religious house, one could observe the smoke from the burning base and the explosions of the ammunition stored there.

Despite the fact that there is regular war going on in the streets of many cities in Ukraine, we do not think about the danger. Although the Polish Ministry of Foreign Affairs called for leaving the country, we want to stay in our parishes together with the faithful whom the Church has entrusted to our spiritual protection. Despite the risk, the enormity of the tragedy that we observe outside the window does not allow us to sit idly. We carry out our pastoral ministry uninterruptedly in all parishes. We accept refugees where possible. We coordinate evacuations from the most endangered areas and organize nutritional assistance. In Krzywy Rog alone, we distribute 600 loaves of bread at a time.

Many today are asking how they can help. In the face of the overwhelming misfortune of so many people in our country, it is most necessary to pray for peace. Money is also needed to buy food, medicines, clothing, dressings, and to help evacuate women and children from the zone of armed operations. We are asking for solidarity, because in the face of such a great crime, political declarations are not enough; we also need fraternal prayer and unity.

If you want to help refugees from Ukraine in our La Salette houses in Poland and in Ukraine, which provide shelter to refugees and medicines, dressings and basic necessities, please write your check to the La Salette Missionaries. On the memo line, please specify Help Ukraine. For a direct fund transfer:
US Bank Twin Lakes Shrine & Community:
Account number:
182378757146 Routing number: 075000022
We will see that the money gets to the proper account. 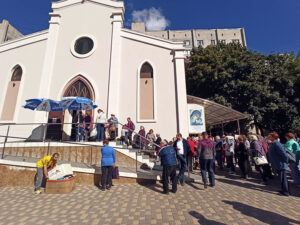 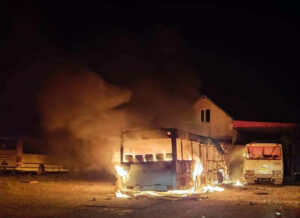 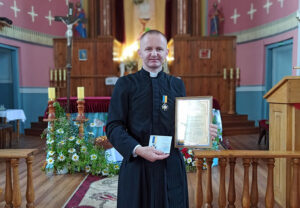 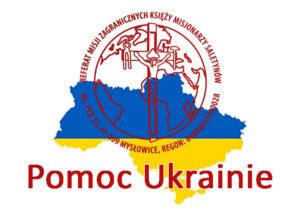